Success! Your message has been sent to us.
Error! There was an error sending your message.

Drop us a line

The County of Lackawanna Transit System was formed in October 1972 under the Municipal Authorities Act of 1945.

COLTS was officially certified by the state as a municipal authority in November 1972.

COLTS replaced the Scranton Transit Company, which had provided electric trolley service and bus service for many years.

The nation’s first successful electric streetcar system began service in Scranton in November 1886. It was these electric trolleys that gave the city its nickname, “The Electric City.”

Public transportation has a long history in Lackawanna County, and as we keep improving our service to you, we know that it will continue well into the future. 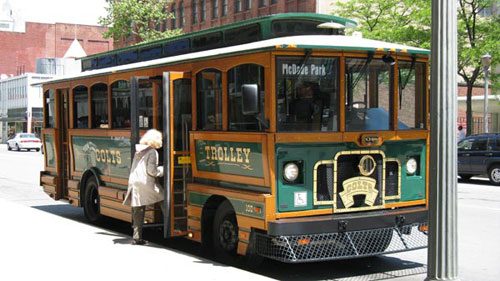